The next time you see someone driving around in a Polaris Slingshot, don’t snicker: They’re probably having a lot more fun behind the wheel than you are. I would know, because I used to be a dyed-in-the-wool Slingshot hater. However, after a week using one as a daily runabout, I have a new appreciation for the three-wheeler’s emphasis on driving excitement at all costs, even if it does require significant compromises.

The 2021 Polaris Slingshot R represents the best of the breed, with updates for this model year that include a Rockford Fosgate audio system with standard Apple CarPlay, revised styling, and an optional “Autodrive” transmission with paddle shifters. However, my tester was equipped with the standard five-speed manual gearbox, a must for maximum driver enjoyment. Of course, not even those updates can compensate fully for the Slingshot’s tiny footprint and attendant compromises – namely a lack of storage space and limited weather protection – so Polaris is still cautious to market the cyclecar as a weekend toy, not a daily driver.

With that in mind, it’s hard not to become at least a little endeared to the Slingshot, as long as the weather’s nice and the roads are twisty. 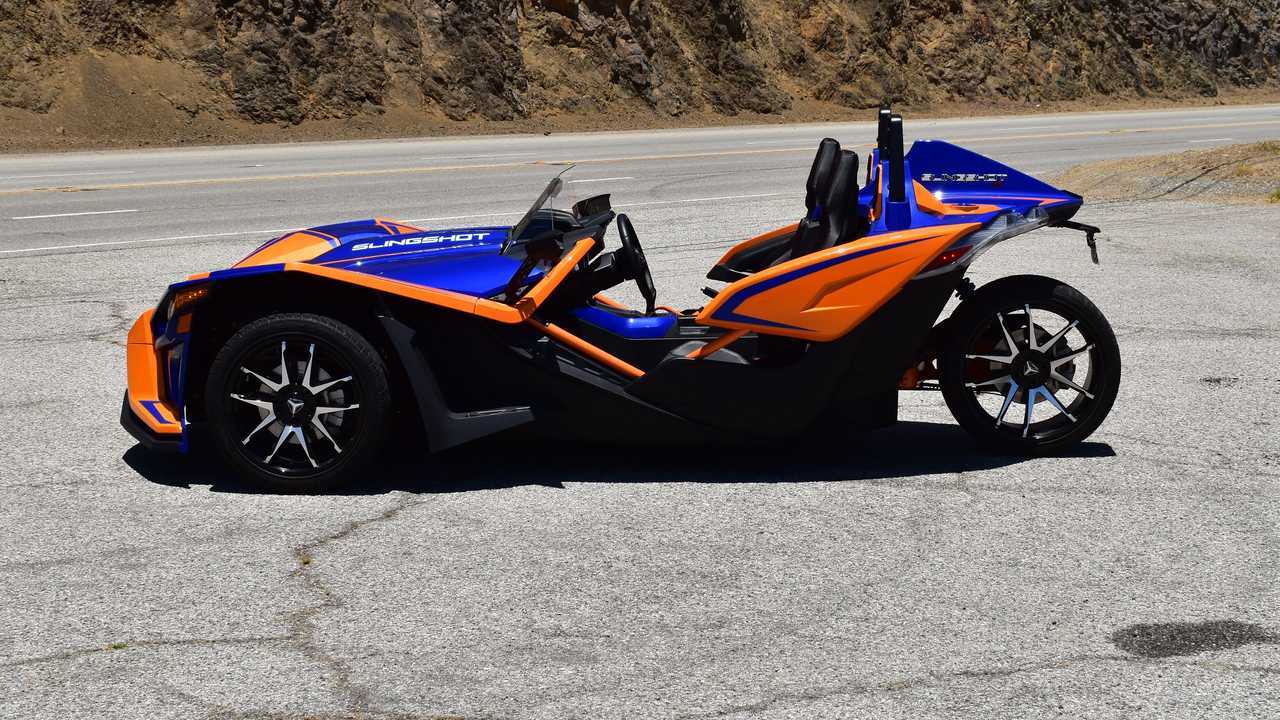 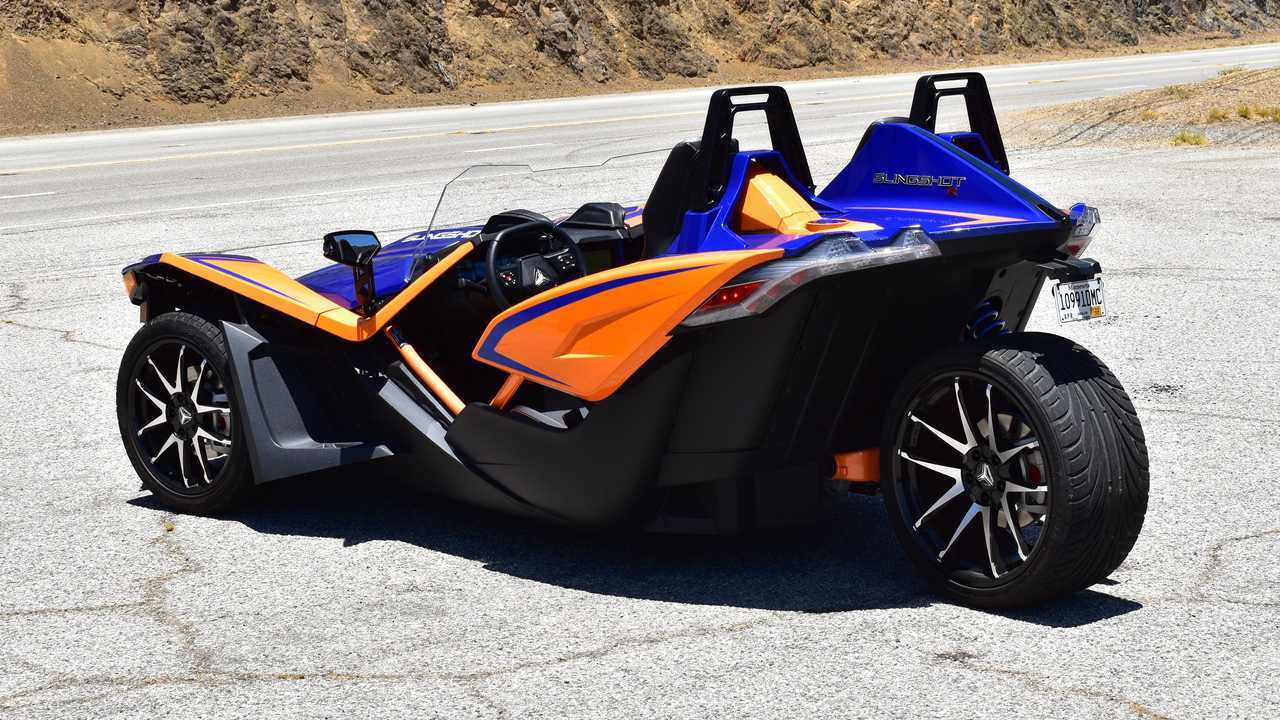 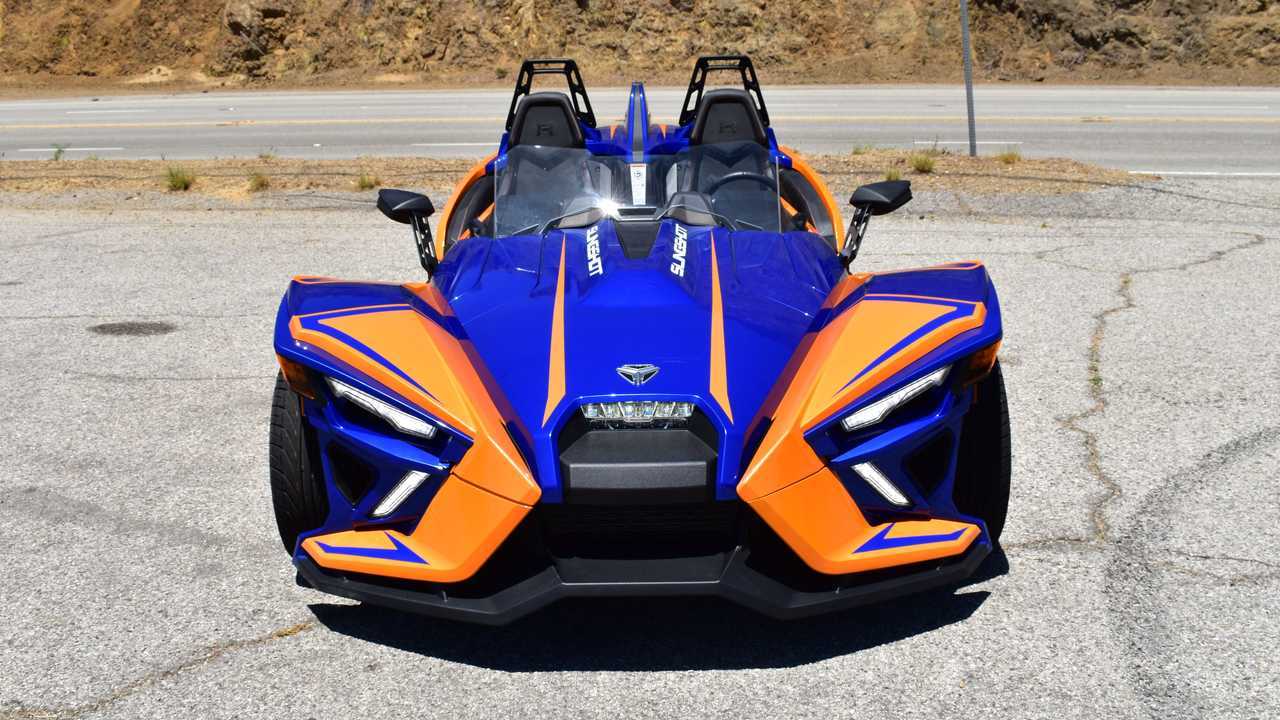 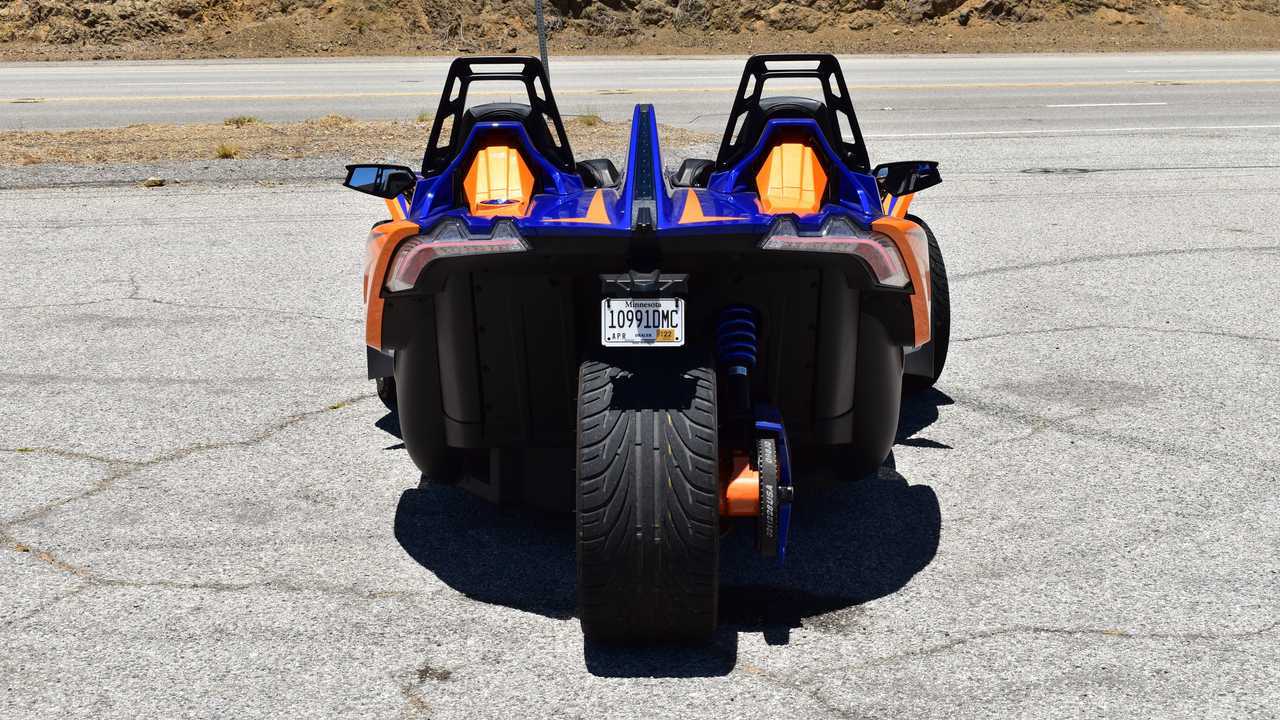 My first task in the Star Wars podracer of an automobile was meant to be a quick jaunt to the grocery store. My return home was delayed for two reasons, however. First, passersby are quick to swarm the Slingshot with questions, skepticism, and compliments. As soon as I pulled up to the local Albertson’s, three neighbors asked everything they could about the little car – how much does it cost ($31,299 plus $400 freight and any dealer destination fees), is it as fast as it looks (it’s faster), do you have to wear a helmet (yes), do you feel silly driving it (well yeah, a little). This happened all week.

The second reason my milk-and-bread run took a little longer was because once I got in and started driving, the Slingshot made me want to take the long way home. The crisp dusk air cycled through the doorless interior, and the engine and transmission work well together to make hasty (but not frenetic) exits from stoplights. And watching a winding neighborhood road duck and weave under the long hood and peaked fenders is a uniquely fun experience, making every errand just a bit more enjoyable.

As soon as I pulled up to the local Albertson’s, three neighbors asked everything they could about the little car. This happened all week.

I tried to capture the same lightning in a bottle the next day, but I made the mistake of starting my journey after lunch instead of dinner. That meant that I had to bear the full brunt of the afternoon sun, and with no overhead protection or air conditioning, the interior of the Slingshot quickly became almost unbearable. Polaris offers a set of heated and ventilated sport seats in its accessory lineup, which may have made the trip a bit more palatable. As tested, though, the Slingshot was decidedly unpleasant when idling through hot, heavy LA summer traffic that kept me from at least enjoying some wind in the cabin.

Once the roads opened up a bit, things became slightly more comfortable, although those unventilated, marine-grade vinyl seats create perfectly swassy conditions. Still, without as much traffic in the way, it became much easier to forget about my sweaty back and just enjoy the drive.

Javed Afridi, the renowned figure behind MG cars in Pakistan has urged the government to implement WP29 Harmonization of Vehicle {...}

BMW 8 Series refresh this summer. In fact, this video appears to coincide with spy photos of the big coupe {...}