There’s good luck, there’s bad luck, and then there’s whatever the hell kind of luck leaves you stuck puttering along at five miles per hour on a stunning mountain road in a V8 sports car. That’s my luck. Fog, little more than an underachieving cloud really, has me squinting to see past the nose of my 2022 Mercedes-AMG SL-Class as I climb past 5,000 feet on the Palomar Mountain Road in Southern California.

And you know what? I’d have been fine with the situation had the SL-Class not undergone a significant transformation during its recent one-year hiatus. See, this is not a Mercedes-Benz SL-Class anymore. It’s a Mercedes-AMG SL-Class, developed by the team in Affalterbach and without an equivalent Mercedes-Benz model following. It’s a big shift for a vehicle that spent decades as a relaxed and refined boulevard cruiser. But in entrusting the folks from AMG with the SL, Mercedes has given one of its longest running nameplates a new lease on life that also realigns it with iconic, high-performance ancestors.

Now You See Me…

More than perhaps any other body style, automakers have mastered the proportions of a sports car: long hood, short deck, rakish windshield, and high beltline. The SL has those traditional design elements, but it’s also awash in modern Mercedes styling. In front, the wide, menacing grille sports 14 slats, commemorating the 1952 300 SL that was genesis, and on each side, angry triangular headlights scowl ahead with LED eyebrows.

The profile relies on the SL’s vaguely phallic shape to define it, rather than any abundance of ornamentation. The chrome side grilles are about all the tinsel there is, but they look tacked on and their finish clashes with my tester’s gloss-black badging. In back, thin LED taillights wrap around the bulbous tail, drooping at the center like they’re stretched taut across the body. 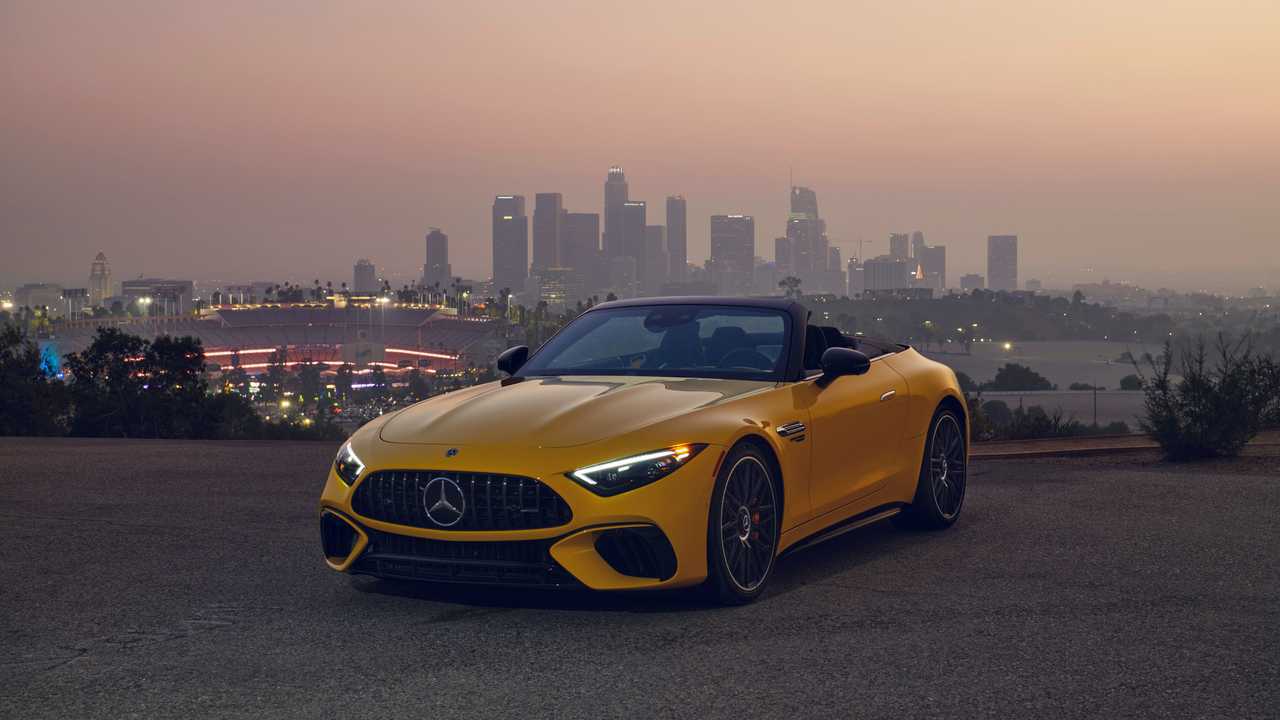 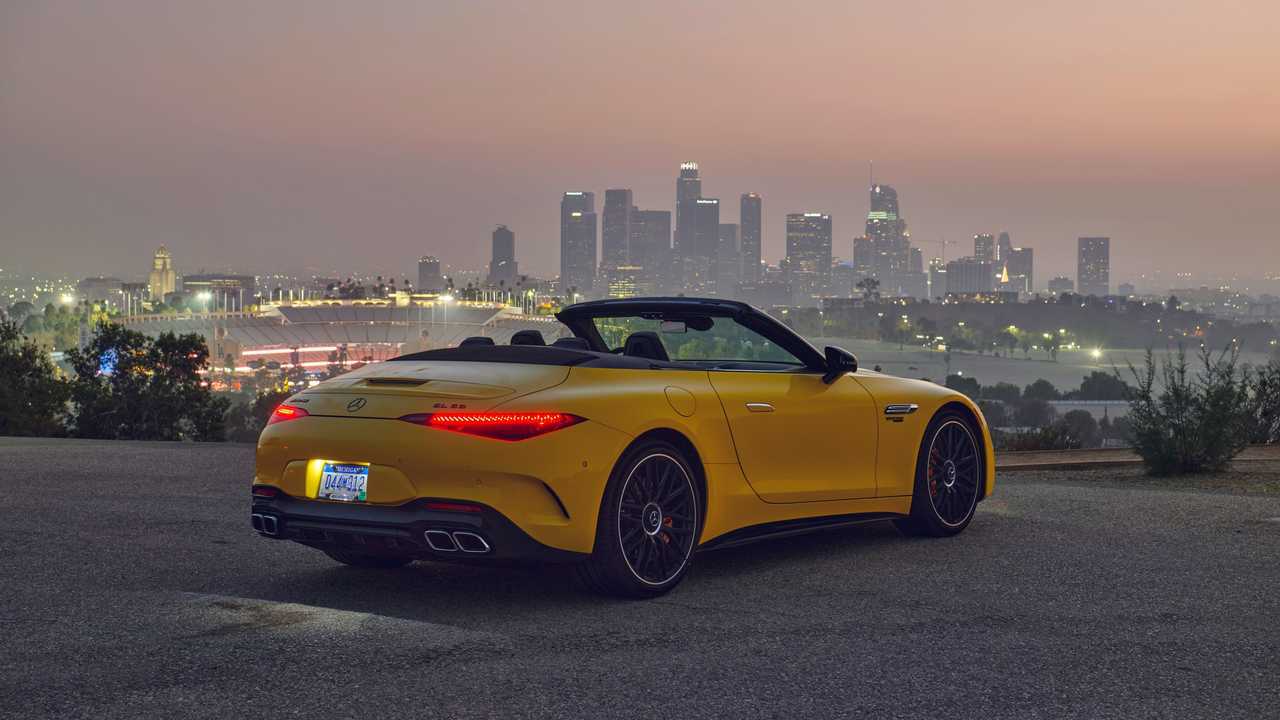 The SL’s cabin is classic four-place convertible, with a high beltline shielding occupants and a tall, wide center console bisecting the cabin. Carbon fiber and piano black trim form the sporty shape of a NACA duct on the transmission tunnel, while the SL opts for awesome turbine-inspired climate vents. Yellow stitching on my test car is delightful and everywhere, and real metal accents – from the speaker grilles for the Burmester audio system to the vent surrounds and inlays on the steering wheel – abound.

The cabin’s functional aspects follow the AMG formula. The latest AMG flat-bottom steering wheel appears, complete with thick rim, huge aluminum paddle shifters, and an Alcantara/leather finish. The SL63 I drove also carried the optional Performance seats. Combined, the SL earns its AMG designation thanks to the effect it has on the driver – slot behind the wheel, and you know this car means business. But it still excels at convertible things.

BAIC has finally joined the ranks of the Pakistan Automobile Manufacturers Association (PAMA), evident from the latter’s recent sales data {...}

Changan is inching closer to launch the Oshan X7 Plus in Pakistan. The vehicle can now be seen running on the local {...}

Master Changan Motors Limited (MCML) has truly hit its stride since late 2021 after starting full-scale local assembly of its {...}