Underneath the Volkswagen Group’s wide corporate umbrella, Skoda has blossomed into a global player with regional models catering to a specific clientele. Russia gets its own version of the Rapid while China has coupe-esque GT versions of the Kamiq and Kodiaq crossover. The Kushaq compact crossover available in India will soon be joined by the new Slavia to replace the local Rapid that had been around for a decade.

The latest teaser episode allows us to take a peek inside the cabin where the 2022 Slavia looks oh-so-familiar. That’s because the dashboard design and layout appear to be a spitting image of the new Fabia, right down to the design and shape of the air vents as well as the copper accents bisecting the dash. 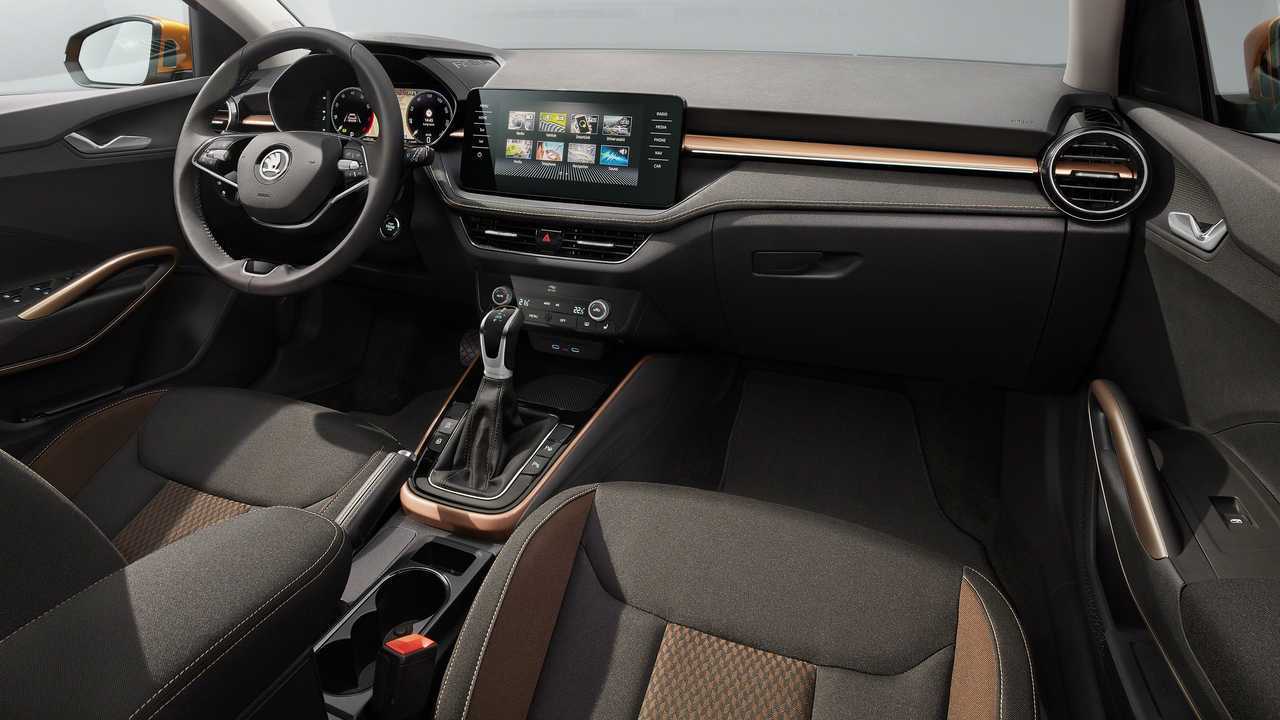 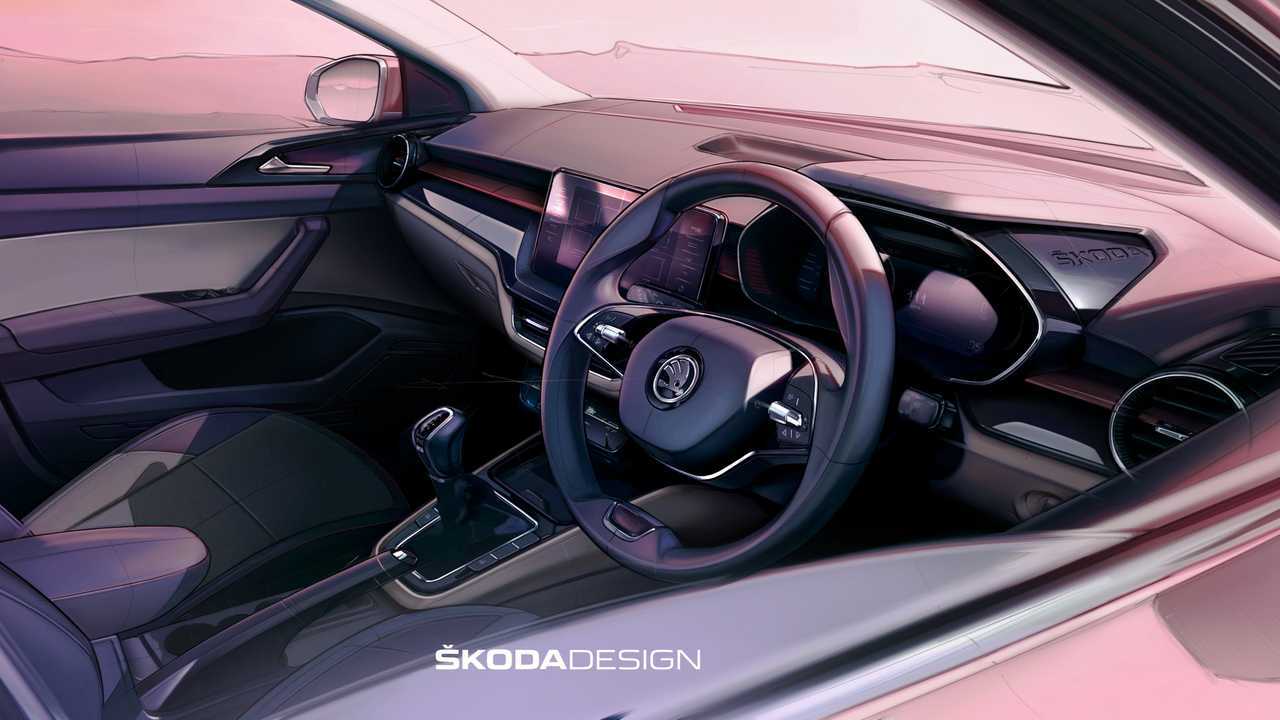 The two-spoke steering wheel has already been installed in most Skoda models and it appears the Slavia will also inherit the DSG’s gear lever from the Fabia, along with the adjacent buttons. The center console with its tablet-like infotainment system (up to 10 inches in size) atop the air vents sends strong supermini vibes, as does the digital instrument cluster.

While on the edges of the driver’s display it says “Fabia” on the subcompact hatchback, the Czech automaker has decided to simply write “SKODA” rather than “Slavia” in its new sedan. Another small difference is the addition of a small storage area incorporated in the upper part of the dashboard, which you’re not going to find in the subcompact hatchback sold in Europe and other markets.

Riding on the MQB-A0-IN platform, the new Skoda Slavia is expected to share many of its oily bits with the Volkswagen Virtus available in South America as a Polo-based sedan. The Pune-built model named after the first bicycle released by Skoda’s founding fathers Václav Laurin and Václav Klement in the late 1800s will be assembled by using up to 95 percent of components from local suppliers.

Measuring 4,541 millimeters (179 inches) long, 1,752 mm (69 in) wide, and 1,487 mm (59 in) tall, the new arrival slotting below the Octavia will have a wheelbase stretching at 2,651 mm (104.3 in) for ample rear legroom in the compact segment. Power will be provided exclusively by gasoline engines, namely a three-cylinder 1.0-liter TSI with 115 horsepower (85 kilowatts) and a four-pot 1.5-liter unit rated at 150 hp (110 kW) and equipped with cylinder deactivation tech. Both are linked to a standard six-speed manual, but the larger engine can be optionally hooked up to a seven-speed DSG.

Skoda will host the official premiere of the Slavia on November 18 ahead of the compact sedan’s market launch slated to take place in 2022.

Chevrolet and GMC confirmed to Car and Driver that the 2022 Silverado and Sierra will be available in a regular-cab {...}

The 7th gen Honda City which made its world debut in Thailand on the 25th of November 2019 has completed two years of its {...}