Hyundai Elantra Creeping Up in Sales

Hyundai introduced the Elantra sedan in Pakistan back in March 2021 and although it hasn’t become a hot selling car yet, still its slowly creeping up the sales charts. Like its elder brother Sonata, the Elantra witnessed its highest-ever sales in the country since it was launched with 312 units sold in October 2021. As per PAMA data, between March and October, Hyundai has been able to sell 1,891 Elantra sedans averaging 270 units a month.

If we analyze, sales of Hyundai Elantra may already have started to affect Honda sales, though troubling Toyota is a distant dream yet. Honda still presents a combined number of City and Civic and has been doing that since 2014, but even after the introduction of 6th gen City, its not able to bring a huge improvement in sales. In fact in October, Honda suffered from a 21% month-on-month decline whereas in comparison, the sales of Toyota Corolla & Yaris witnessed an 11% increase.

Contrary to this, sales of Hyundai Elantra are creeping up, although slowly. In each of the first 4 months of this fiscal year, the sales of Elantra has only improved. With 157 units sold in July, the Elantra witnessed a 64% surge in sales in August, then in September the sales again improved by 19% followed by another 1% improvement in October.

Although sales of Elantra show improvement but indeed its slow– in fact too slow. On the other hand, the Sonata which is almost 75% more expensive product than Elantra is doing wonders for Hyundai in Pakistan. This is due to the fact that not only Sonata is the latest generation model with all the bells & whistles and has been priced too competitively, whereas Elantra which is an obsolete model & with a bigger displacement engine under its hood, is priced almost in the same league of the competition.

Just like Sonata, the latest generation of Elantra (which is sold as i30 sedan in RHD markets such as Australia & New Zealand) would have done exceptionally well in Pakistan and might have given a really tough time to the likes of 10th gen Honda Civic. However we strongly believe, even if the older generation model was to be introduced, a 2.0L displacement engine was always going to repel most of the buyers. Elantra with a smaller engine such as the SmartStream 1.6L might have done wonders in our market. 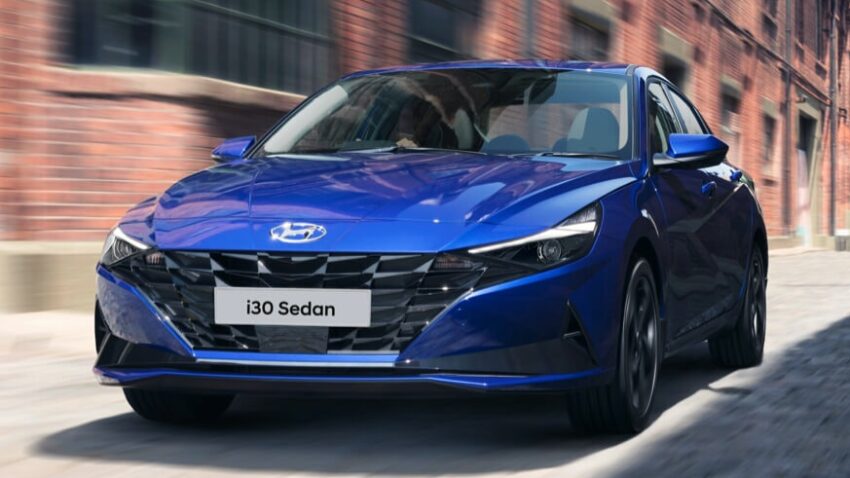 New Elantra is marketed as i30 sedan in RHD markets

Still looking at the combined sales of Elantra & Sonata, we can see that 1,781 new sedans have been sold in the first 4 months of this fiscal year by Hyundai-Nishat, and if Indus Motor Company (Toyota) isn’t too worried to look at this figure, Honda Atlas with their constantly diminishing market share should revisit their strategy toot-sweet.

Recently news about Honda Civic 2022’s bookings was circulating on social media. Honda Atlas has issued a warning against the {...}

Bring a Trailer has set another record for most expensive car sold.The 2005 Porsche Carrera GT sold for $2 million, {...}