Hyundai is Quietly Dominating the EV Race in USA

Electric vehicles from Hyundai and Kia are increasingly becoming more popular in USA which ring alarms for the mighty EV maker Tesla.

Earlier this year, the South Korean duo rolled out two new battery-powered cars — the Hyundai Ioniq 5 and its sibling the Kia EV6 which promptly tore up the sales charts, passing the Nissan Leaf, Chevrolet Bolt and every other electric vehicle on the market not made by Tesla. In USA between January through May this year, Hyundai and Kia sold 21,467 of these two machines, even leaving the Ford Mustang Mach-E behind, which saw 15,718 units leaving the showroom floors. 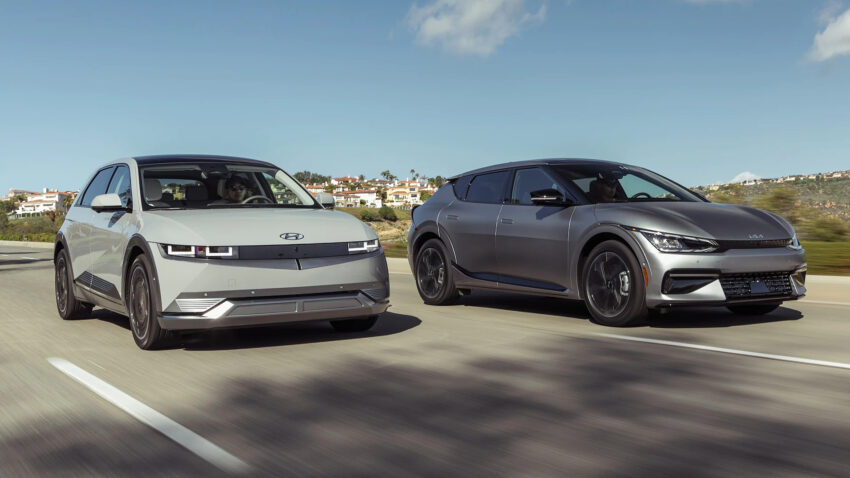 Although Tesla still sells far more cars, but it took the company a decade to deliver as many electric vehicles as Hyundai and Kia have managed in a few short months. This has made even Elon Musk impressed with the South Korean duo.

Granted, Hyundai Group is no startup. And the design of the current hits started about 6 years ago. At that time, the Chevrolet Bolt had just hit the market and Kia considered a car similar in size and scope. Ultimately, the company green lit something far larger, sportier and swankier at a slightly higher price. According to Steve Kosowski, manager of long range strategy at Kia America:

“The thinking was, with the platform we have and the market understanding we have, let’s put together a really bold, breakthrough proposition– We’re going to make a statement that Kia is here.”

The timing was favorable. EV adoption is picking up in the US, thanks to a surge in both climate concern and gasoline prices. And though there is a run on battery-powered vehicles, there still aren’t many to choose from. Of the 30 or so models on sale in the US market, only a handful can be had for less than $45,000 and most of those are relatively small, old dated cars like the Nissan Leaf.

So the impact of Pak Rupee hitting record-low against US Dollar has started to show its colors with Indus Motor {...}

We’re now in 2021, the automotive industry is suffering setbacks, and the Roadster is model that Tesla has been delaying {...}

Chinese EV giant BYD is spreading its wings faster than anyone of us could even imagine. The company has just {...}