After nearly 4 years since it debuted in Malaysian market, the Geely Boyue-based Proton X70 has received its first minor model change (MMC). Its not exactly a true facelift as in case with the donor Geely Boyue which was thoroughly updated for the 2022 model year, the aesthetic revisions in new 2022 Proton X70 are very mild and negligible. 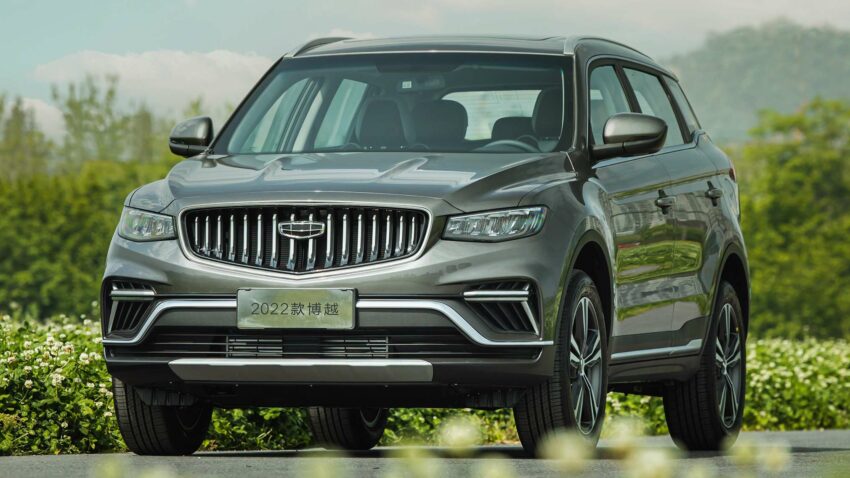 The most prominent update is the presence of 1.5L thee cylinder turbo engine, which is already deployed with the X70 in Pakistan. The unit delivers delivers 177hp of power and 255Nm of torque and is paired to a 7-speed dual clutch transmission. The existing 1.8L turbo engine has now been restricted to the flagship variant only.

In terms of looks, the new X70 is almost exactly same as the pre-facelift model. There are literally no new body panels, but the components that were previously matte grey (the Infinite Weave grille bars, front bumper corner “rings”, rear number plate garnish and decorative rear skid plate) are now finished in gloss black. The chin spoiler at the front and the inserts for the air curtain inlets, have been painted in a brighter matte silver. Meanwhile, the surrounds for those inserts are painted in gloss black instead of body color, while the side mirrors are now finished in black. Lastly, two new alloy wheel designs are offered depending on the trim level.

Kia made its entry in highly competitive Indian market in 2019 and quickly went on to become among the top {...}

After celebrating the highest monthly sales in almost two decades, Toyota Indus Motor Company (IMC) has suspended bookings for its {...}

The all-new Suzuki Celerio was launched in India by Maruti Suzuki last month. This is the second generation model of {...}