Someone Spent Over $100,00 Building This Toyota Camry 

Most people know Rutledge Wood from the disastrous American version of Top Gear and his time with NASCAR, but unbeknownst to many, Wood is also a connoisseur of Japanese beaters. Back in 2015, we featured his custom-built 1983 Honda Civic wagon that was highly modified with a B18b engine out of an Acura Integra and a crazy “Tank Green” paint job. That car eventually sold for around the $10k mark, and now we have another one of his crazy JDM creations on the auction block: a 2018 Toyota Camry. This ain’t no ordinary Camry though; this thing has been customized to the tune of over $100k, and the current bid stands at just over $37,000 if you want to get in on the action. 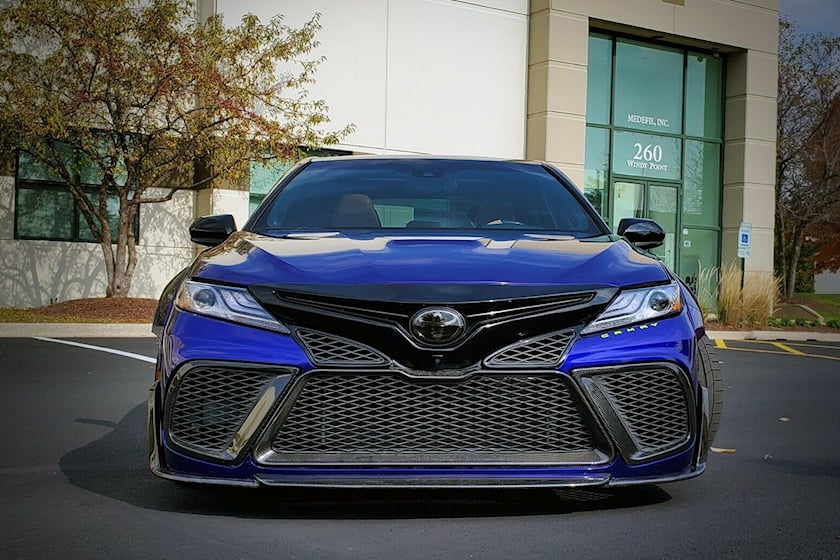 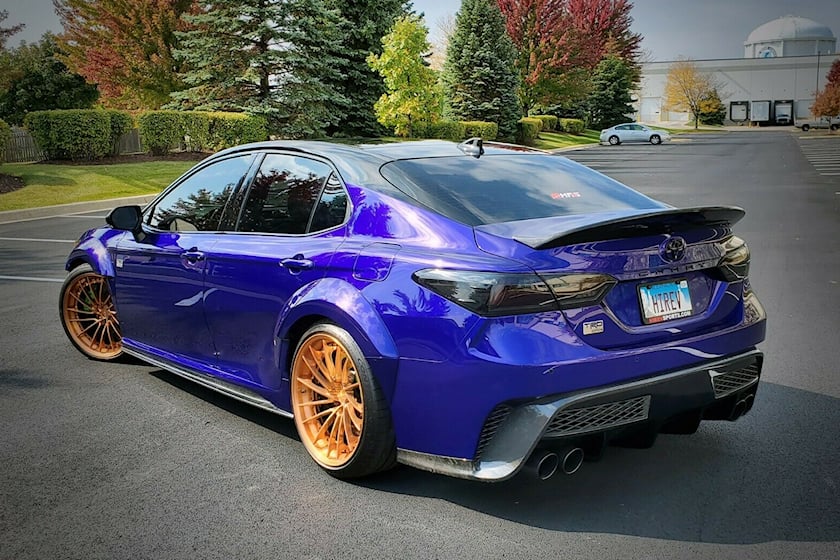 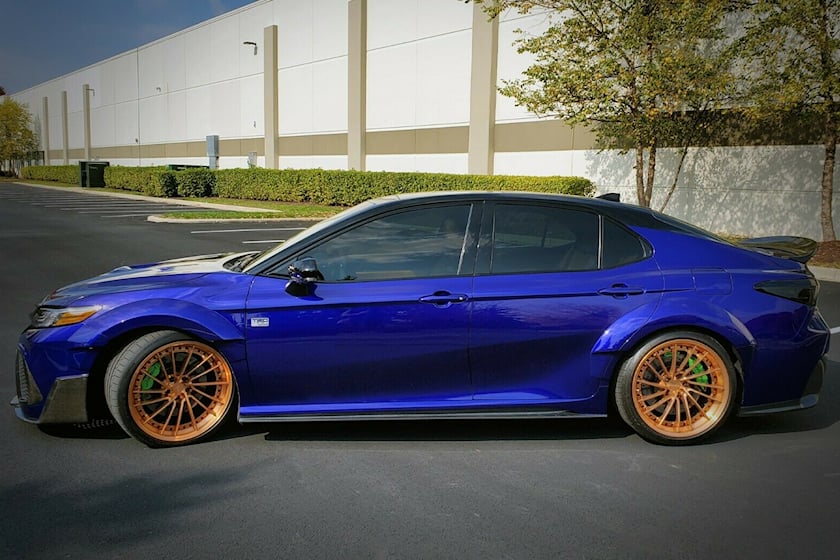 Wood’s vision was turned into a reality by ZeroTo60 Designs and is like nothing we’ve ever seen done to a Camry. The Toyota Camry isn’t the most popular platform to build on, and despite the fact that Toyota has offered a cool TRD version, the massive majority of Camry drivers are still on Facebook. Wood has an eye for unique builds, and this one comes out swinging with a “Blurple” paint finish and 3D-printed body panels. The design team came up with a 20-piece body kit for this car, and dropped it on a Megan Racing suspension kit and 20-inch rose golf Rotiform custom wheels wrapped in Continental Extreme Contact tires. Braking is taken care of by a Wilwood Dynalite system. 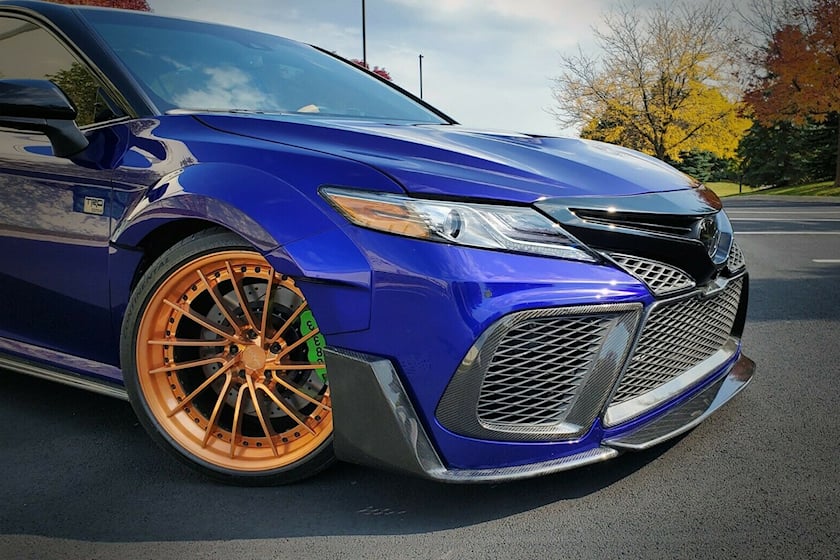 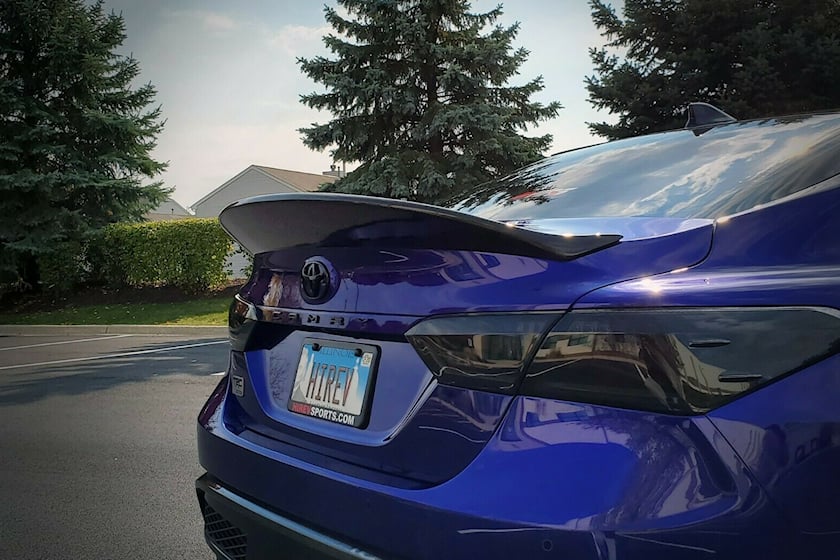 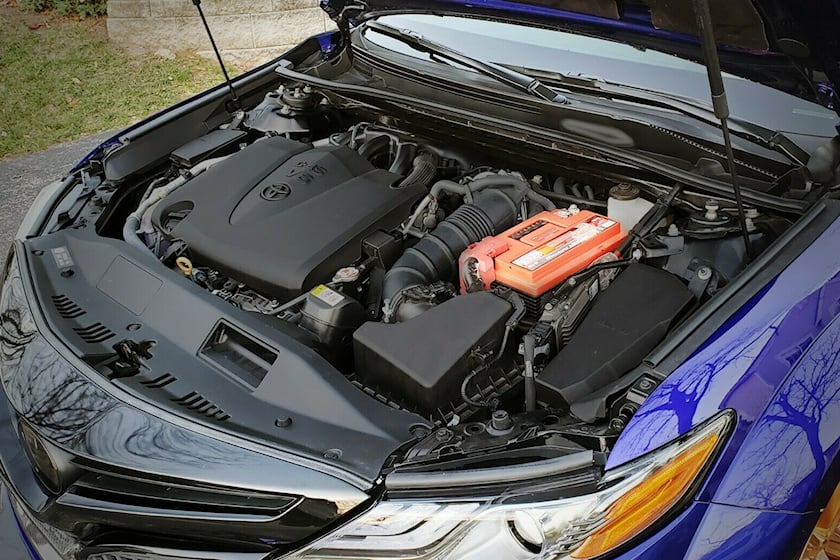 Which of the latest off-road SUVs is the best? In the case of the new Ford Bronco and Land Rover {...}

Last year, we, and a ton of other manual-transmission enthusiasts, pleaded with Ford to add the option to the Bronco {...}