Subaru will be taking the 2022 Tokyo Auto Salon by storm next month with the unveiling of several sporty concepts. Chief of which will be the STI E-RA “for the carbon-neutral era,” which tells us it will do without an internal combustion engine and embrace a purely electric powertrain. The showcar will signal the launch of an internal project to develop a high-performance EV, which should eventually come to fruition.

We will to patiently wait until January 14 for TAS to kick off, but in the meantime, Subaru has released a teaser image putting the spotlight on the concept car’s front fascia. Dressed in red, the STI E-RA appears to look substantially different than the new WRX, and not just because it lacks a conventional grille and the hood scoop. The headlights boast C-shaped LED daytime running lights and the hood has a pair of gills, while the STI logo is illuminated in red to accentuate the sporty nature of the concept.

If you’ll allow us to speculate, the concept should have an electric motor at the front and another at the rear to enable an all-wheel-drive setup to mirror conventionally powered Subaru models. Those DRLs shaped like a “C” make us think it’s based on the 2022 BRZ rather than the WRX, but time will tell. Perhaps an STI-spec Solterra? 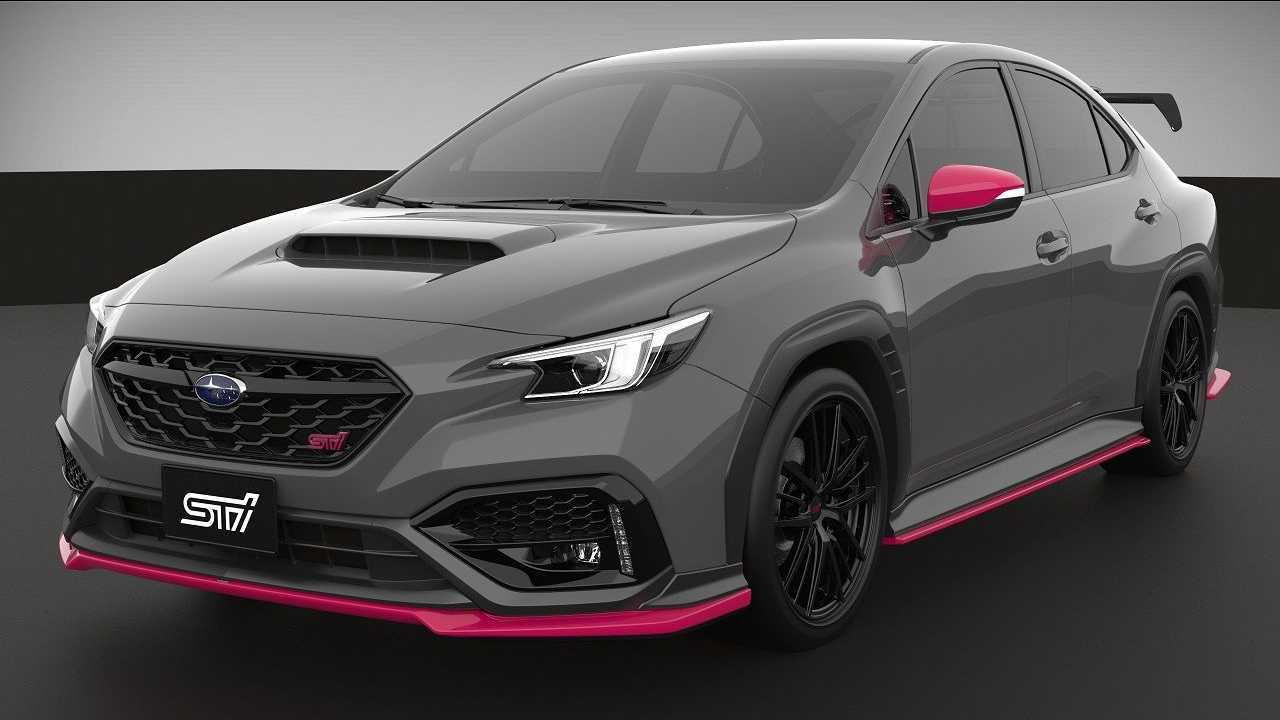 Joining it at TAS will be the WRX STI performance concept, based on the JDM-spec WRX S4 STI Sport R trim level. It gets a series of additional upgrades from Subaru Tecnica International, including a massive rear wing and a not-so-subtle aero kit finished in red to match the side mirror caps and the STI badge on the front grille. It probably wouldn’t be too far-fetched to assume the concept will serve as a preview for the beefier WRX STI.

The two concepts will share the spotlight at the Makuhari Messe convention center in Chiba with a Levorg STI performance concept. The sporty wagon, which has recently spawned a WRX-powered version in Australia, will also get red bits as the WRX STI performance concept. In addition, Subaru will install an upgraded exhaust and make additional tweaks for extra practicality.

Rounding off Subaru’s presence at TAS will be a BRZ STI performance with various sporty upgrades, along with the BRZ GT300 race car.

The highly anticipated Leap Motor C01 finally debuted at the 2022 Shenzhen Auto in China. Pre-sales of the vehicle already {...}

The preparations for the operationalization of Metro Bus Service for the new Islamabad International Airport have begun as the Capital {...}

Chinese automakers are leading the way in terms of contemporary vehicle designs. After Changan Uni-V, Chery’s upcoming sedan has become {...}